From a development perspective, 565 Broome SoHo represents the pinnacle of the firm’s vision and execution. After acquiring the first parcel for the project, Bizzi & Partners skilfully purchased surrounding properties to create an assemblage that would later become the tallest residential building in SoHo. The process took months of meticulous negotiations which ultimately resulted in an unprecedented opportunity. While other developers were intimidated by the potential risks and intricacies of the site, Bizzi & Partners recognized early on that 565 Broome would be a defining project that would reshape SoHo forever. By taking advantage of the Hudson Square rezoning, 565 Broome SoHo is now able to offer unparalleled views, towering over SoHo’s historic district.

To turn the vision into a reality, Bizzi & Partners appointed legendary architect Renzo Piano to design the building. The collaboration between Bizzi & Partners and Renzo Piano Building Workshop shaped a one-of-a-kind project: two towers soaring over one of New York’s most vibrant neighborhoods. A prominent display of craftsmanship in the heart of Manhattan.

The uniqueness of the project

At 30 stories and 290 feet tall, the building features two mirroring towers containing 115 luxury apartments. The building’s half-acre footprint allowed Renzo Piano Building Workshop to include a gated, circular porte-cochere with an automated parking garage, providing the utmost privacy for residents and their guests. This type of grand arrival experience is rarely seen in Manhattan, and it lends a sense of grandeur that distinguishes 565 Broome SoHo from its downtown neighbors. 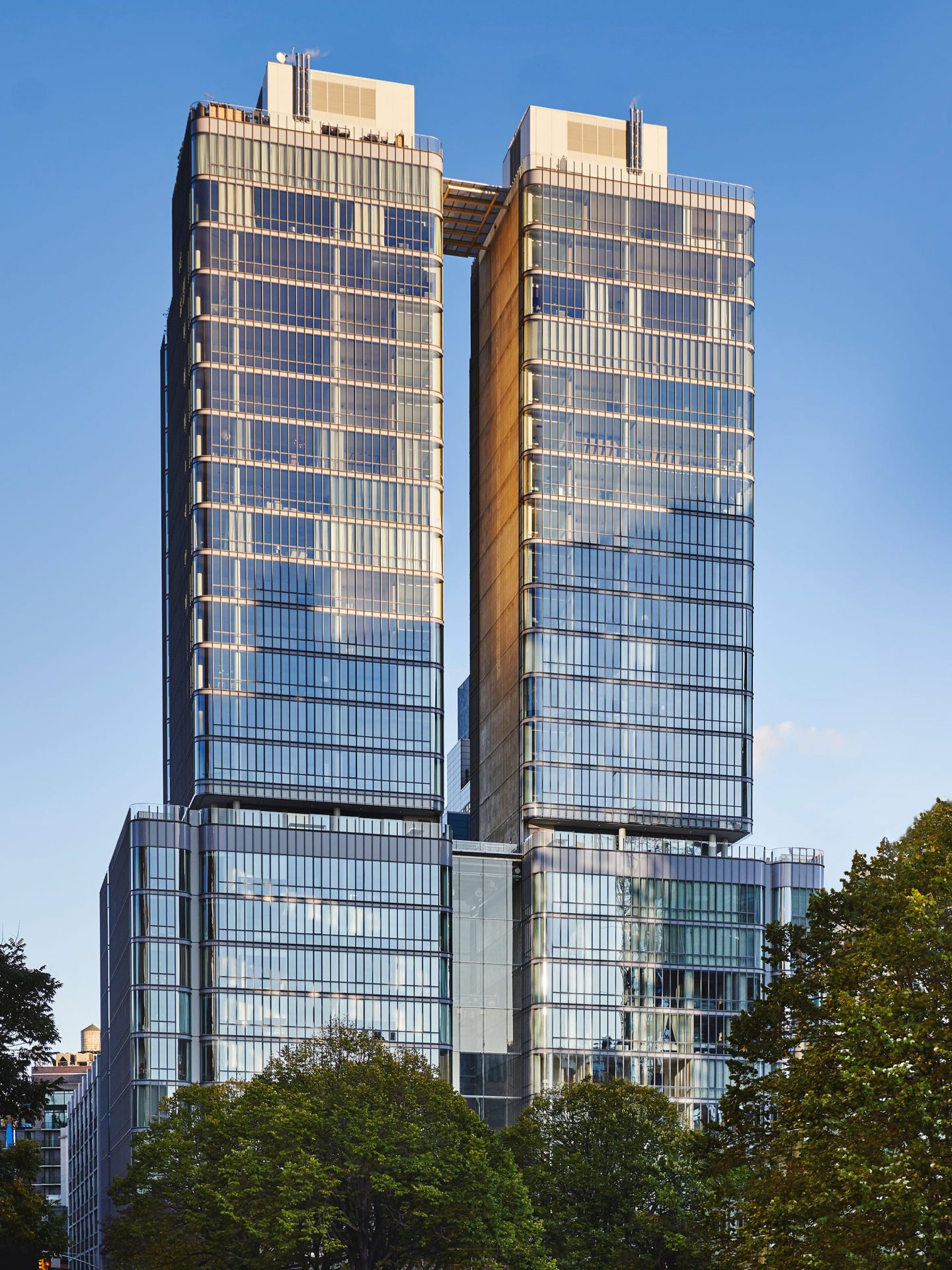 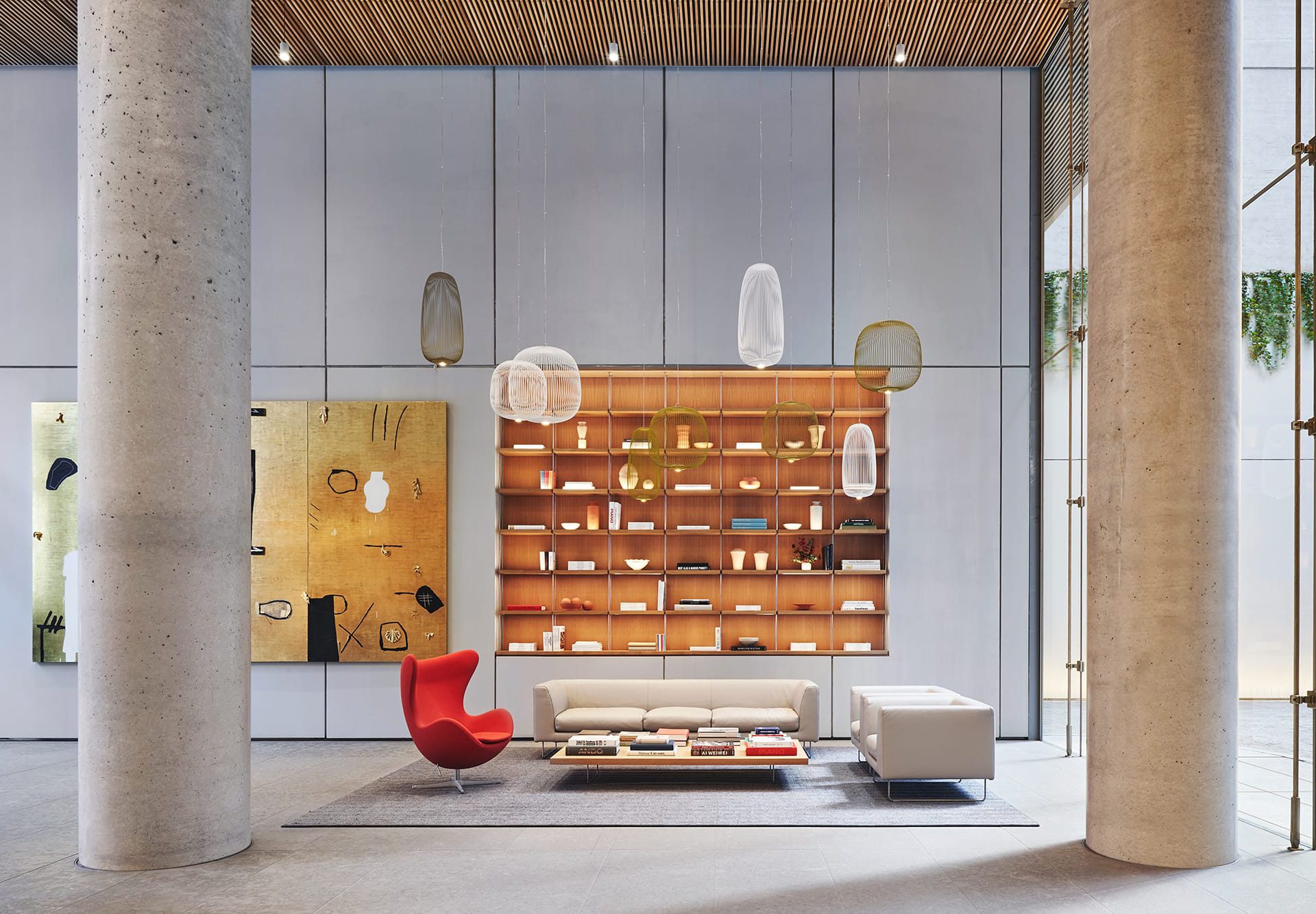 Thanks to the generous scale of the development, residents have access to a full package of five-star amenities, on-site. The building, divided into 115 luxury apartments, offers an array of exclusive amenities that is unprecedented in the neighborhood. In all, 565 Broome SoHo offers more than 10,000 square feet of amenities, including a swimming pool, fitness center, yoga studio, sauna & steam room, media room, outdoor terrace, and children’s playroom. 565 Broome SoHo also features a resident clubhouse with a curated library, catering kitchen, and dining room where residents can relax or host private events.

A commercial and residential soul

With a floor area of over 36,000 square feet, the lot sitting under 565 Broome SoHo is the last developable site of its size in SoHo and offers a unique mix of high-end retail and luxurious residences. Located in the southwest corner of SoHo, luxury apartments within the two towers provide convenient access to SoHo’s high-end stores and boutiques, art galleries, and culinary scene. The building’s two-towers design and strategic orientation allow unobstructed views of the Hudson River to the West, historic SoHo to the East, Midtown Manhattan to the North, and the Financial District and World Trade Center to the South. 565 Broome SoHo represents an entirely new paradigm in high-rise condominium living in downtown Manhattan.

Founded in 1981 by Genoese architect Renzo Piano, Renzo Piano Building Workshop (RPBW) creates bold and original architectural solutions. The firm emphasizes elegance, balance, and the integration of local architectural elements to achieve thought-leading design. Some of their most notable projects completed include: the Centre Georges Pompidou in Paris; the Beyeler Foundation Museum in Basel; the Rome Auditorium; the New York Times Building; The Shard in London; the Whitney Museum of American Art in New York.
www.rpbw.com